America just celebrated its national day and now it’s France’s turn! While I cannot take part in the 4th of July festivities because of my dogs who are not keen on fireworks, I will definitely be fully celebrating France national day, le 14 juillet, or as it’s named here Bastille Day. If you are near Seattle, please come and celebrate with me. More details on how to join me, plenty of other francophiles, and French wine, food, culture, history, are waiting for you at the end of this blog post.

Last year I made a video to explain the fact that to this date we were still not quite sure whether France was referring to July 14th from the year 1789 or 1790.

July 14th 1789 corresponding to the storming of the state prison called Bastille and the official first day of the révolution française. 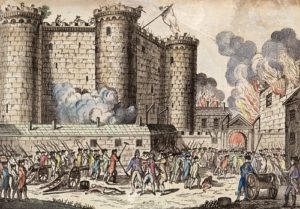 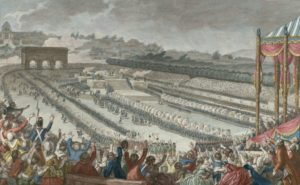 …short lived because this new Constitutional Monarchy died two years later when the royal family was imprisoned and the first republic proclaimed.

1- Le Clergé (left on the picture below) 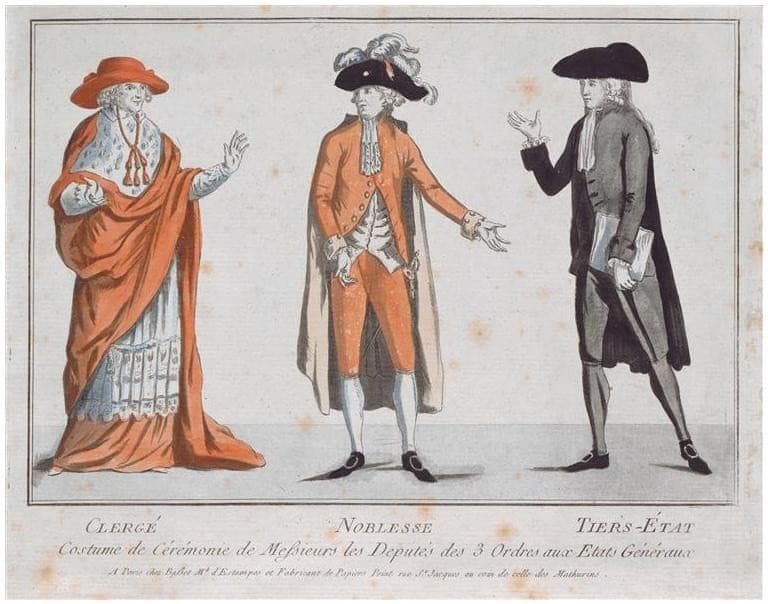 They all look quite classy you might say? So what separates them?

ORATORES: = the ones who pray = the clergy 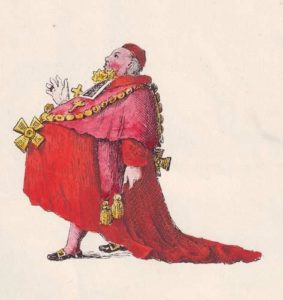 Even though they only represent about 2% of the population, they still manage to be a fairly divided group. A member of the clergy could be a poor monk, a modest neither poor nor rich village priest originating from the small bourgeoisie, but he could also be an extremely wealthy and powerful archbishop, position which can only be acquired by the high nobility.

Two problems with the clergy at the dawn of la révolution française?

-They don’t pay any taxes

-Less and less people believe in God and thus more and more question the need to have a dedicated part of the population praying for their salvation.

BELLATORES = the ones who fight, who go to war = the nobility

Like the members of the clergy, la noblesse represents about 2% of the total French population. Originally and many centuries before 1789, the function of the nobility was to fight in wars, to protect the inhabitants of their region. However at the end of the 18th century, this is no longer the case. Some nobles still fight of course, but a lot of them just live lazily and lavishly at the court of Versailles.

Two problems with the nobility at the dawn of la révolution française?

-They also don’t pay any taxes

-With the changing world economy , the industrialization of society, the beginnings of globalization and free trade, the Bourgeoisie is slowly but surely taking over. 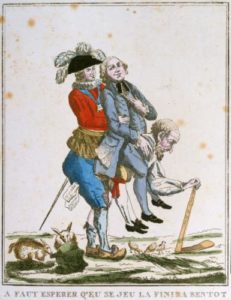 LABORATORES = the ones who work = everyone else!

The clergy was 2%, same for nobility, this leaves us about 96% for the last category, which, as the picture above transcribes, is carrying with great difficulty 4% of the country. A tiny percentage accumulating so many privileges and wealth… sounds familiar? How can we homogeneously describe such a big portion of the country? It’s simply impossible. Just imagine, if you are a wandering vagabond, you are part of the Tiers-État, same thing if you are a journalist, a lawyer, a peasant, a extremely wealthy banker or industrial, an artisan, etc. The one thing all these people do have in common is that they pay taxes and they feel oppressed for different reasons of course since they are all coming to this revolution with such a different perspective. 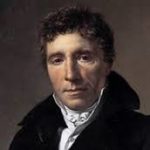 The problem of the Tiers-État?

If you love History, the French revolution which lasted 10 years and the centuries that lead to it, are such a fascinating, intriguing, and complex tapestry, you may not even be aware of the questions to ask! I invite you to come and join me to the beginning of a new season of French Truly Salons at SIFF in Seattle starting on July 12th, our 2 day early celebration of Bastille Day.

6:45pm: Presentation France in the Ancien Régime (in English)