How to Pass for French part 2

You see me in my Seattle home but I am in fact in Lyon having the best time working with my mother leading a small group of 10 wonderful people on our Lyon tour! I’ll show you on my video next week and maybe that will make you want to come with us in April, ha!

Since we are in France for another week, let’s continue with our glorious theme “How to Pass for French”. Only this week it is part 2. To help you not feel like a total tourist, I want to share with you all sorts of tips from expressions, to does & don’ts, gestures, and sounds to help you impress the French on your next visit!

Tu m’étonnes! You’re agreeing with someone while adding a little attitude. No kidding.

non? at the end of a sentence. You’re asking for approval or at least checking the person in front of you does agree with you. C’est joli, non? Pretty, isn’t it? Elle est intéressante cette femme, non?

Index finger placed under the eye and then you pull, mon oeil, my eye. I totally don’t believe you.

The cheeks are a little bit big and with the outside of one hand you stroke one cheek. At the same time why don’t you add some big empty eyes. I am so bored!

(for all of the above, better to watch the video to see how I do it!)

Don’t hug, you’d get a response a little bit like this, it will be awkward.

Don’t say bonjour twice to the same person on the same time day. Saying bonjour is not only a greeting but a way to acknowledge someone’s presence. So if you say bonjour to Sophie twice or worst, 3 times, this means you forgot you already saw her earlier on. Rude! Here’s what you can say though: Rebonjour Sophie or simply Re. 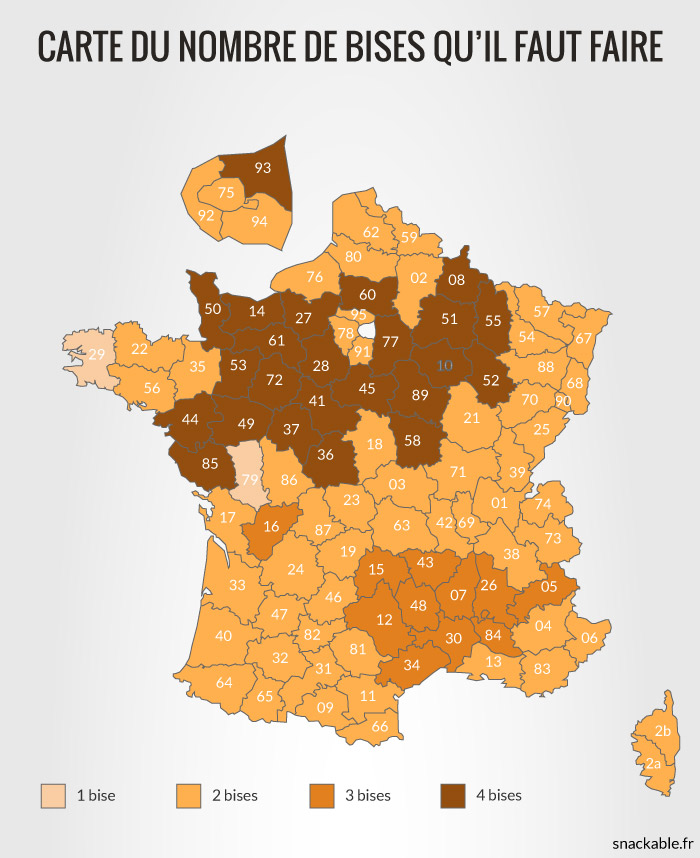 Want to practice passing for French with me in Lyon next spring?

Click on the HERE and stay tune because next week, I think I’ll have something from our trip!