No Versailles without Lyon

Did you see last weeks’ photo albums? We are back from our tour in Lyon where we had a fabulous time making friends with a great group of women – and one man – discovering secret treasures, learning so much about the 2000 years of history, traditions, and industry.

I want to tell you about one industry in particular, from Lyon, that really helps Versailles to shine.

Don’t get me wrong Paris is magical but Lyon, la capitale de la gastronomie, the 2nd biggest city in France after Paris with 2 millions inhabitants, 2 rivers going through the city, and 9 arrondissements, is wonderful too with a huge bonus… hardly any tourists. Oh la paix! Oh the peace! 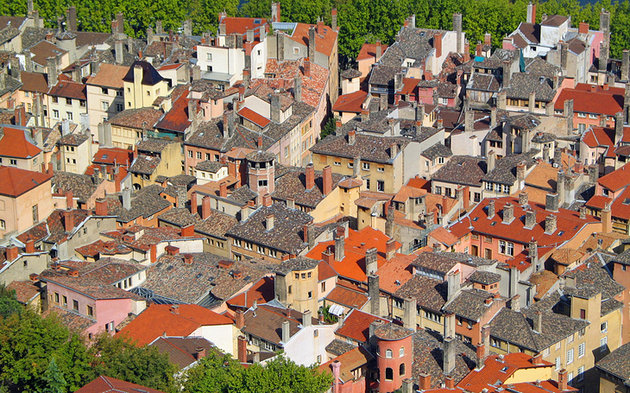 The Romans arrived on a hill in Lyon in 43BC, conquered it, and called it Lugdunum. This hill today is called Fourvière and is famous for its stunning white basilica dedicated to la Vierge Marie, the Virgin Mary, as a thank you gesture to save Lyon from diseases and wars.

But back to our Romans. Lugdunum became a powerful capital of l’Empire Romain: capitale politique, capitale spirituelle, capitale commerciale.

Sadly the Roman Empire came to an end in the 5th century marking the beginning of the Middle Ages, when everything went backwards, when we willingly gave up on the enlightened inventions and concepts passed on to us by the Greeks and the Romans. Quel dommage. Quels idiots! 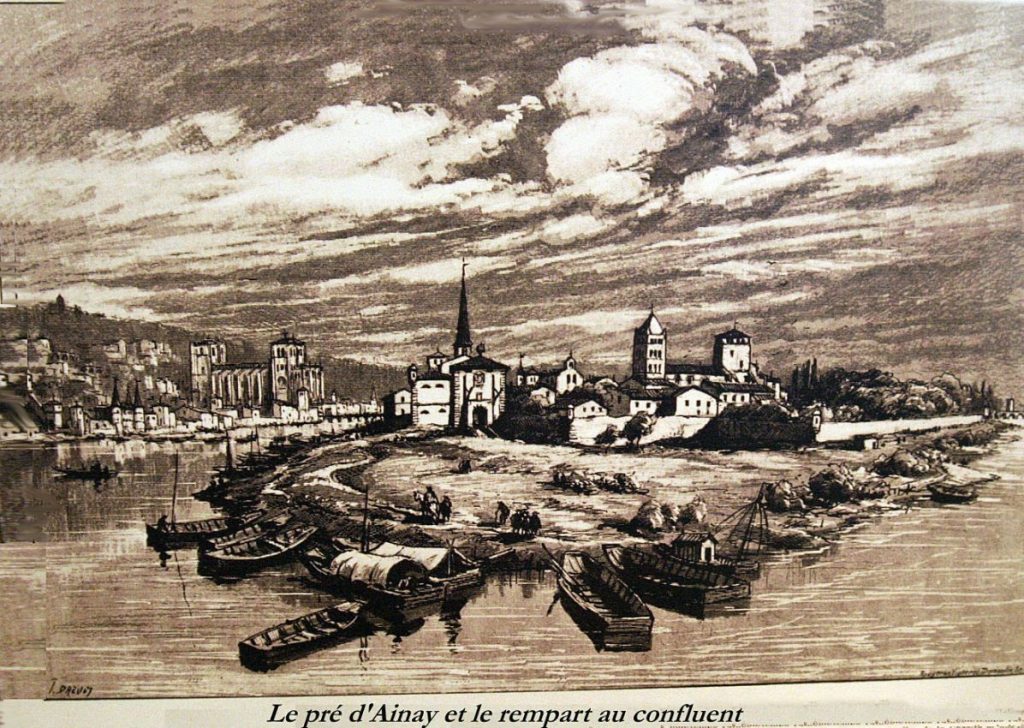 Until, la Renaissance. La Renaissance means the Rebirth because we are finally waking up from the darkness of the Middle Ages and going back to the light of la Grèce antique et la Rome antique. The French King who represents la Renaissance is François I. Why am I telling you about him? Because he did something that would shape the destiny of Lyon for centuries! In 1536, he brought the silk industry from northern Italy to… Lyon! 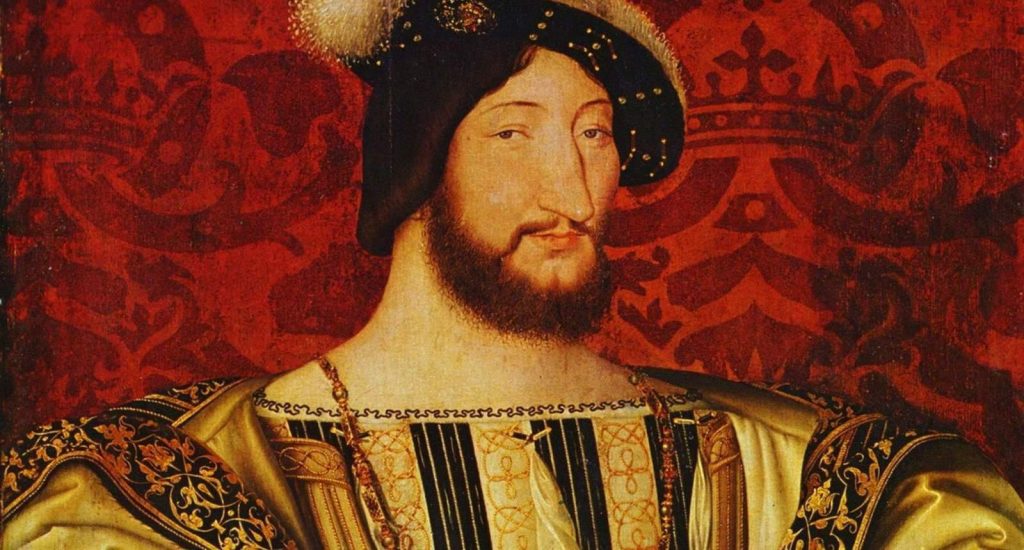 From then it never stopped as Lyon remains a center for silk worldwide. In our tour we visited an authentic silk workshop where the fabric is made from 19th century machines and mostly destined to French Old Castles and museums who wish to renovate their rooms and furniture. They provide for instance for le Château de Versailles. 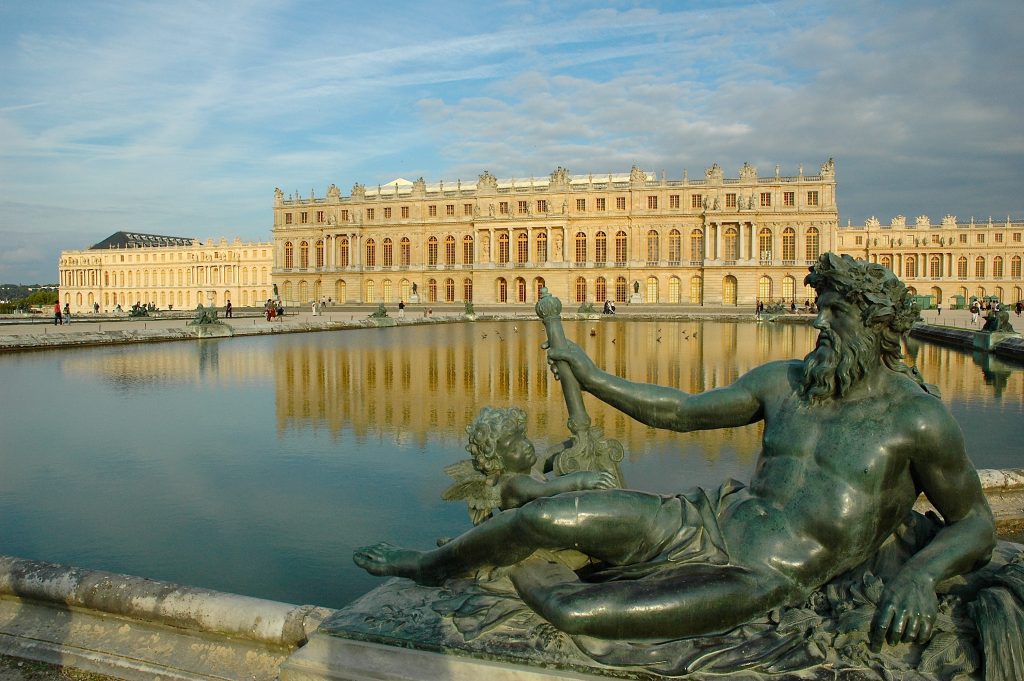 How I love passionate artisans who not only resist globalization but take immense pride in delivering the best no matter how long the work might take. Yes, they can only weave a few centimeters per day. 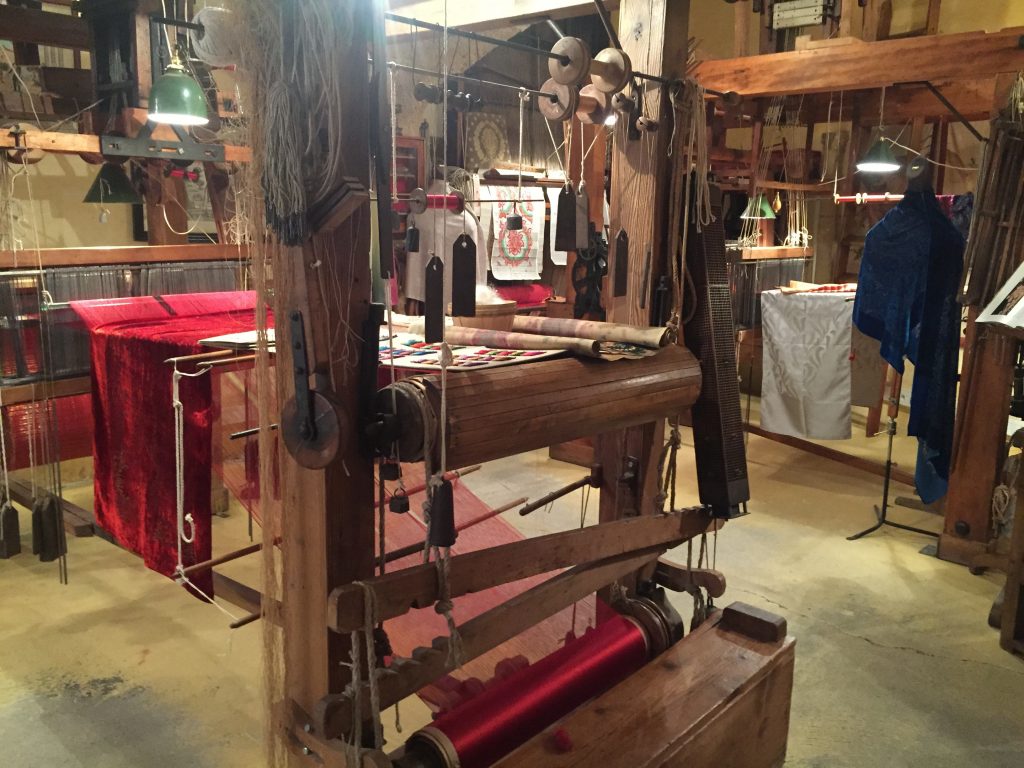 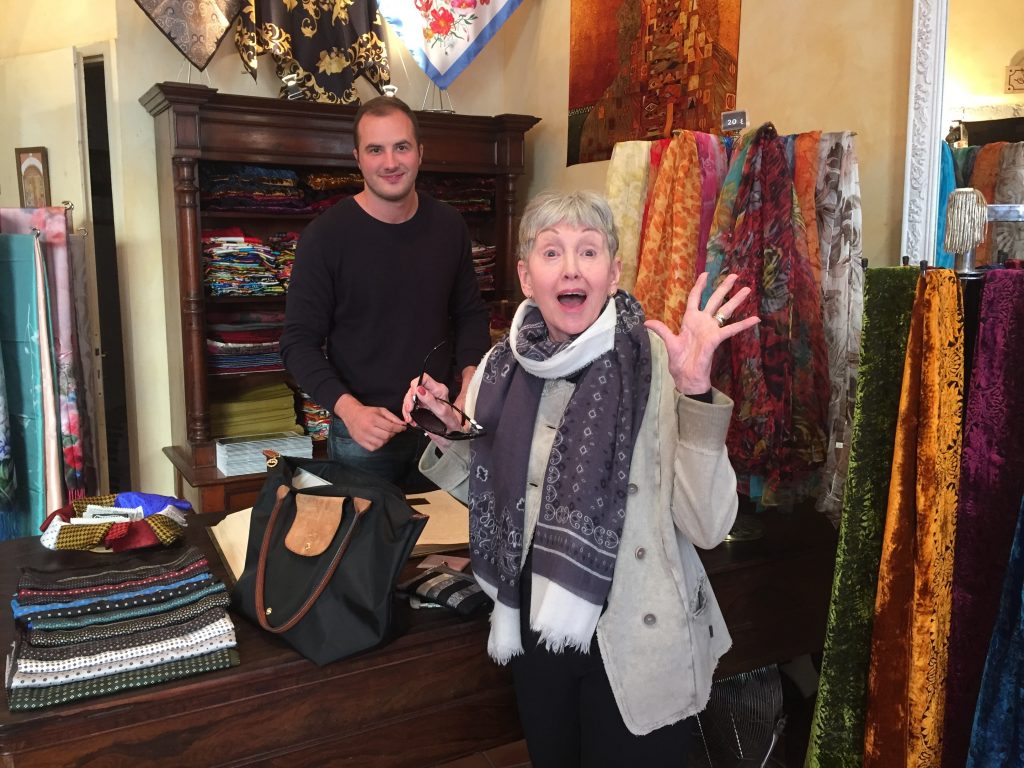 The glorious place I am talking about is called Soierie Saint Georges located in the old part of Lyon. And if you go there, you simply must pay them a visit. It is so important to support people like that. Or you could come with us next spring!