Jean-Jacques Goldman started his never ending remarkable career in 1981, only one year before I was born, with a song called Il suffira d’un signe. Next time you’re in France, try asking any French person you meet about this song. I guarantee you they will all know it by heart, ou presque. 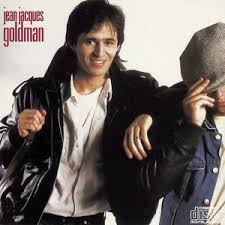 However it is with his album Non Homologué from 1985 that he stole my heart.

I was too young then of course but I remember using the record player from my sister’s bedroom for hours listening to this album as soon as I was capable enough to do so.

To this day, I feel exactly the same emotions when I listen to it. Timeless.

The man is beyond talented. Classically trained (violin, piano), he soon moved towards rock n roll and the guitar sounds. He also completed a fairly impressive degree from the fairly impressive École Des Hautes Études Commerciales or as we call it, HEC. Not only does he write all his music and lyrics but he does so for tons of other artists in France. And the fascinating thing is, he was / is hardly ever on TV! He doesn’t even need marketing! He’s a French idol. We all love him. So if you are a Francophile, you simply must know about Jean-Jacques Goldman. 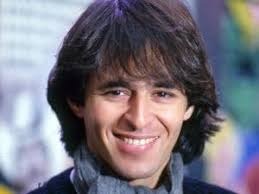 Choosing one song out of his ginormous career was not easy.

I simply do not have a favorite. Instead I probably have about 24… at least.

The 1982 song I chose for you today called Comme toi may be as old as me yet it will probably always sound like an appropriate reminder on some level or another. It’s the story of a little girl named Sarah who lived a normal life, just like other little girls, comme toi meaning like you, until her life abruptly came to an end.

Without further ado, here is Comme toi with the French lyrics for you to sing along and the English translation so you can learn. Enjoy your French singing. Remember, it is such an efficient way to learn a language, whether you have a good voice or not ha!