Beaujolais Villages are made of Gold

If you watched last week’s video, my Childhood French Village, you know that… I was in France! I was there to finalize our Fall trips to Lyon & Surroundings and had the best time ever! I think you should… come with us!

If you’re not sure yet, let me give you a mini virtual trip now! 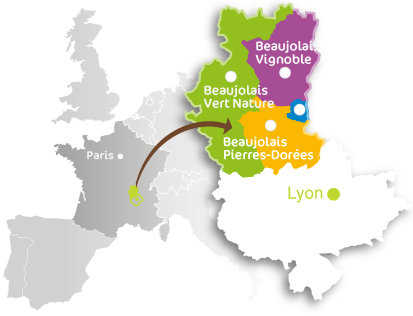 The Beaujolais is a stunning wine region situated in the north of Lyon. A simple way to summarize this region: good meals, good wine, good friends, good landscapes. Today we are going to focus on the landscapes of the… Golden Stones!

The land of Golden Stones, les Pierres Dorées, is situated in the southern part of the Beaujolais. Why is it called Golden Stones? Because the limestone houses turn a beautiful ochre color as they catch the rays of the setting sun. 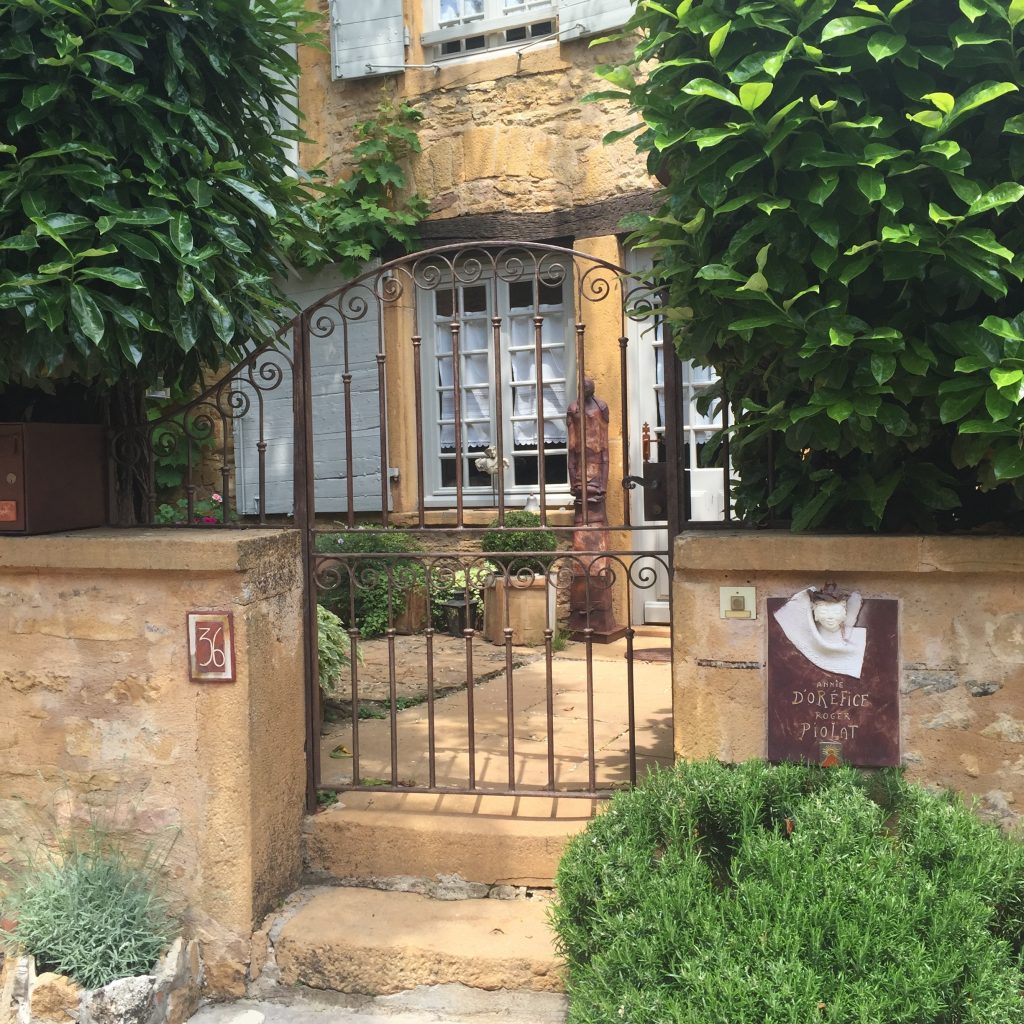 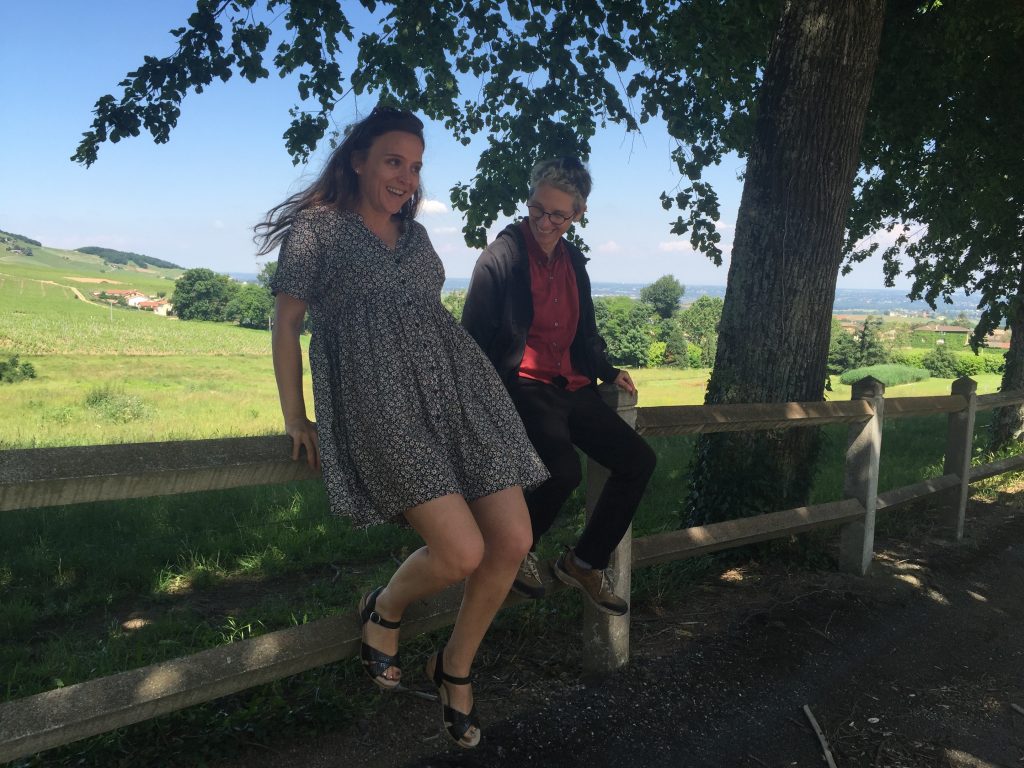 On our trip to Lyon & surroundings, we will visit a village called Oingt, which was voted most beautiful village of France, plus beau village de France. There used to be a fortress here in Oingt but now all that remains is the Nizy gate, la porte de Nizy. It leads into its beautiful village that is perched high on a promontory, with charming pedestrian lanes, a 16th century communal house and countless artisan workshops. 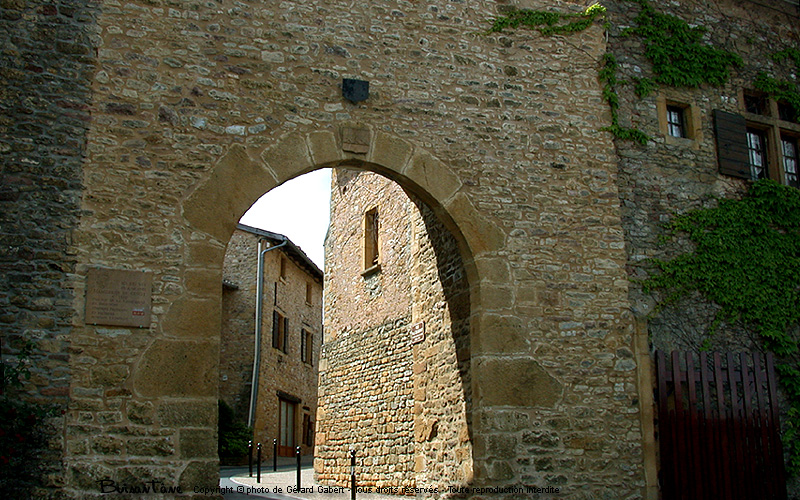 The view from the top of the tower over the Monts du Lyonnais and the Beaujolais hills is quite stunning.

Another village we will visit on our trips to Lyon & Surroundings is Charnay. 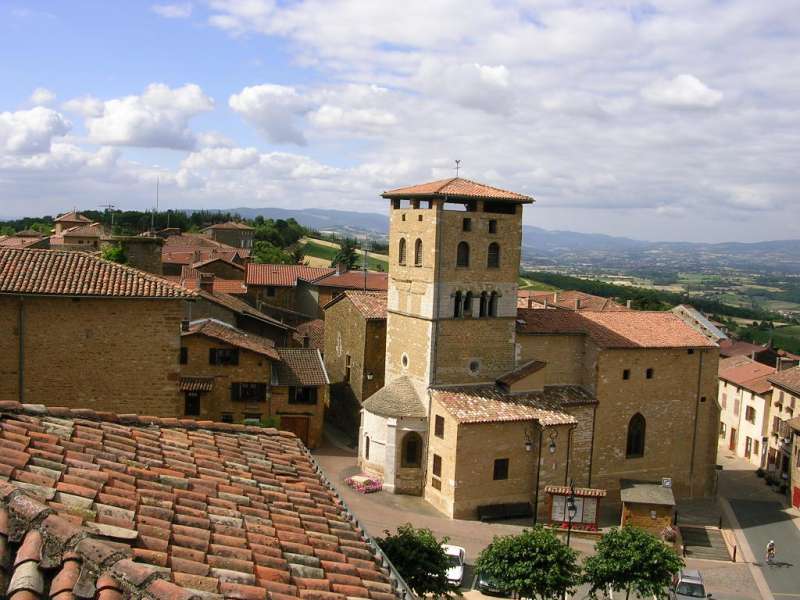 The remains of a 12th century feudal castle can still be seen in this small country town at the summit of a hill. In the golden stone square made up of 15 and 16 century houses, the village church contains a 12th century gothic statue of Saint Christophe. We climbed up to the top of the church tower to enjoy the panoramic view. Fantastique!!!

The last stop for our trip of this Beaujolais will be le Château de la Chaize.

This Château was built by some of the people who made Versailles. If you’re feeling curious about this Château, I’ve already made a video about it. Here it is!

I’ve managed to convinced you?

You want to come to France with me? Click here for more info!

(Oops normally these go out a little earlier but somehow this particular post got lost in my traveling back from France to Seattle last night, time different, 3 planes, bad internet, and airport running around like crazy times! Sorry!)