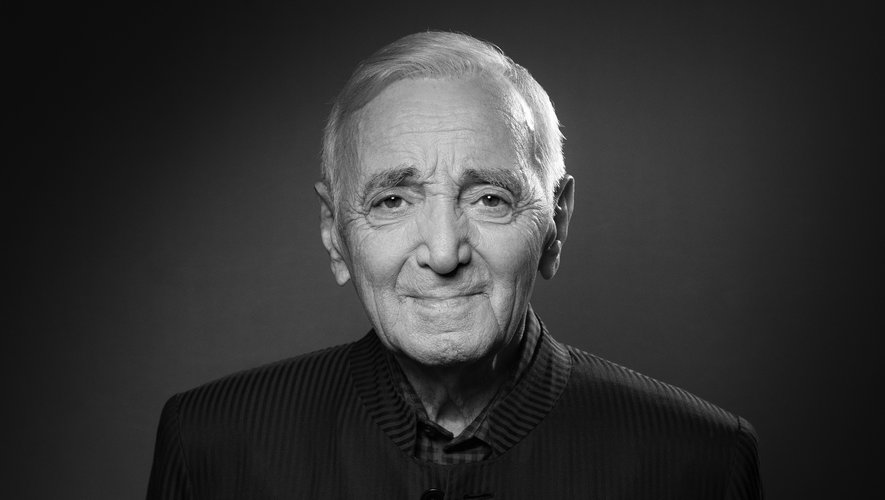 Wow. That was a fruitful life and a ginormously long career. So lets’ not be too sad. Sure it’s always hard to lose someone dear, but he left so much behind for us to enjoy… Here are just a few impressive facts!

How many singers had a 80 year career?

Wrote hundreds of songs for other singers?

You’ve guessed, I am writing about Charles Aznavour, the French-Armenian singer, who died on October 1st 2018.

And he wasn’t just super famous in France. In fact, did you know that he was named Entertainer of the 20th century by CNN? That he received a star on the Hollywood Walk of Fame? 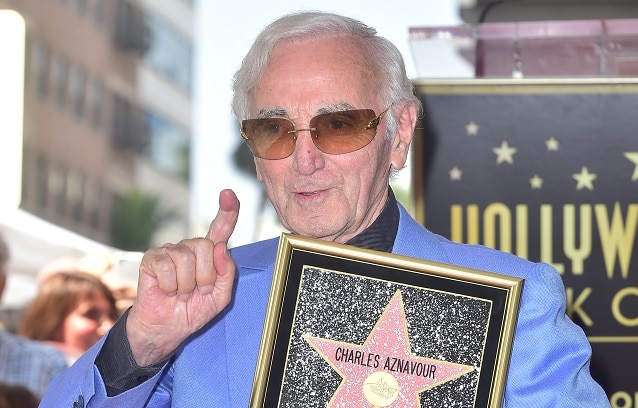 He wasn’t just a singer, but also a lyricist, an actor, and a diplomat! I told you he had lead a full life! I also recommended not being sad but now that I listen to all my favorite C.A. songs while preparing this week’s blog post, I find myself feeling a little sorrowful.

Until I hit this song on my Youtube playlist! This is working, it is cheering me up, so I’m guessing the same will happen to you. You tell me!

The song below called For me, Formidable, is upbeat, playful, and full of sweet little play on words. How many play on words can you spot? And you’ll be happy, I even found a version with all the lyrics.

Charles Aznavour’s Armenian parents escape the genocide began by the Turkish authorities in 1915 (the map below is from Wikipedia). They arrive in France where they must wait for a visa the family needs to travel to the US. In the meantime, in 1924, little Shahnour (Charles) is born, which decides the family to finally settle down in Paris, where they open a small restaurant popular among artists: singers, poets, actors. How would a child constantly surrounded with such intriguing & magical beings not wish to become one?

He tries his first audition at age 9!

He joins the Théâtre du Petit Monde & meets important people who will help him on his path of fame and fabulousness, including Édith Piaf who decides to take him with her on her national and international tours. 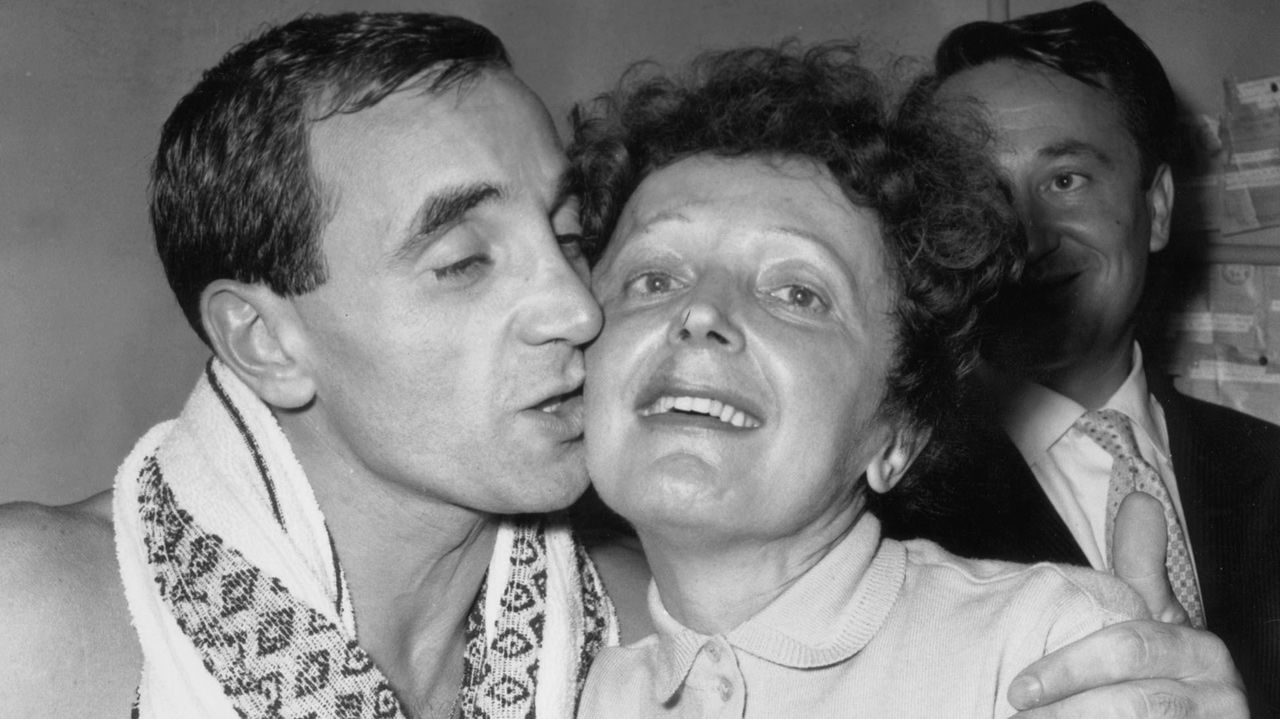 He begins writing for others and in 1960 he achieves his first triumph with the song Je m’voyais déjà.

Again, you’ll be pleased to be able to listen to the video below while reading the lyrics at the same time.

In other words, sing sing sing along! It’s the best way to celebrate him now!

Charles Aznavour has been an international artist ever since he performed at the Carnegie Hall in New York in 1963. He performed all over the world and was even invited to a Muppet Show episode in 1976 where he sang Inworm:

He sang in several different languages even though his various accents were really quite bad. It didn’t stop wild successes every time. Makes you think twice about your fear of sounding silly when you speak French, doesn’t it? He usually got away with it by making fun of himself. Here’s an example:

I heard a program on the radio the day after he died. He was performing in some NYC venue where he introduced a song he was about to sing in Spanish, and said something along those lines: “Sorry  for those of you who don’t speak Spanish as you won’t understand what I’m about to sing. But then again, those of you who do speak Spanish, won’t understand me either.” I then listened to him and had to admit he was right ha! I may not have guessed he was singing in Spanish if he hadn’t “warned” his audience! 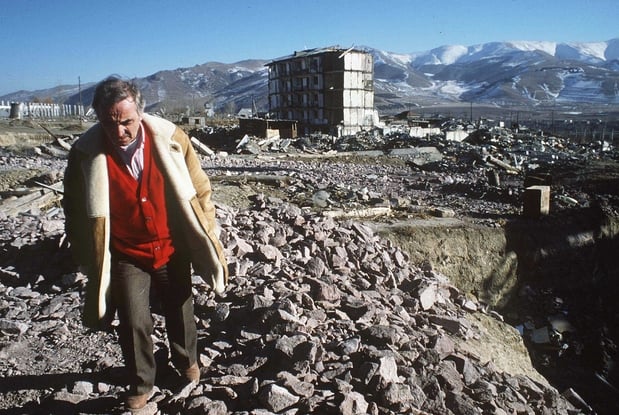 On year later, Charles Aznavour and his Armenian friend & colleague Georges Garvarentz write and compose Pour toi Arménie. This charity song was recorded by a group of popular French singers, actors, and TV presenters to raise funds to help the Armenians who suffered the earthquake. It sold more than 1 million copies.

You know how much I believe in learning a foreign language via music! And I’m a living proof it works because that’s one of the ways I taught myself English from a very young age. I’ve never said that to you before but I started at 6 with cassette tapes and I still remember all the songs… there were the classics such as My Fair Lady but also slightly less classic including one about “fat sausages sizzling in the pan”! Lol.

I used this technique for other languages too so I know it can do wonders!

As always, it’s hard for me to choose one song, so I’ve picked one that equally touches my heart every time I listen to it, even though I’ve done so hundred, and maybe thousands of times.

La Bohème was written by Charles Aznavour in 1965. It tells the story of a nostalgic painter who remembers his youth in the artistic Paris neighborhood of Montmartre. Below you’ll find the video, the French lyrics, and the English translation.

Jusque sous nos fenêtres = Up under our windows

Et si l’humble garni = and even if our modest furnished

Qui nous servait de nid = That we used as a nest

Ne payait pas de mine = did not look great

On est heureux = we are happy

Dans les cafés voisins = In the coffee shops nearby

Nous étions quelques-uns = We were a few

Nous ne cessions d’y croire = We would not stop believing

Et quand quelque bistro = and when some bistro

Tu es jolie = You are pretty

Et nous avions tous du génie = And we all were talented

Souvent il m’arrivait = Often I would

Devant mon chevalet = In front of my easel

du galbe d’une hanche = Of the curve of a hip

Devant un café-crème = In front of a coffee with milk

On a vingt ans = We are twenty

Quand au hasard des jours = When on a random day

Je ne reconnais plus = I no longer recognize

Ni les murs, ni les rues = Neither the walls, nor the streets

En haut d’un escalier = At the top of a stairway

Je cherche l’atelier = I look for the studio

Dont plus rien ne subsiste = Of which nothing remains

Et les lilas sont morts = and the lilacs are dead

On était jeunes = We were young

On était fous = We were foolish