What do we celebrate on Bastille Day? 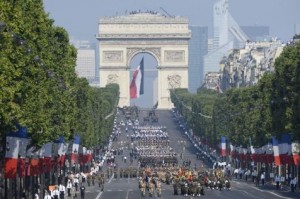 But exactly what do French people celebrate on July 14th?

Of course, everyone is going to say the Storming of the Bastille, but actually, it may very well not be that. The truth is no one really knows!

During the French Revolution, there were two big July 14th in a row: 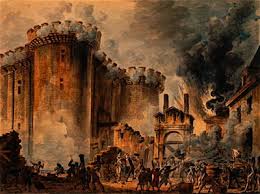 We often picture the Storming of the Bastille by the people of Paris as a symbol of freedom because of the image of freeing the prisoners but it was in fact a) to obtain gun powder for the people to defend itself against the foreign armies Louis XVI had rallied for the Royal Family and the Court’s safety and b) to destroy a symbol of the monarchist tyranny. Indeed, there were only 7 prisoners inside the walls of la Bastille and they were almost forgotten! 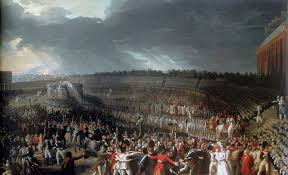 July 14th became France’s national day in 1880 at the beginning of the third republic but at the time nobody wanted to say whether they thought more highly of the Revolution or of the Constitutional Monarchy. The Law is purposely not saying much: 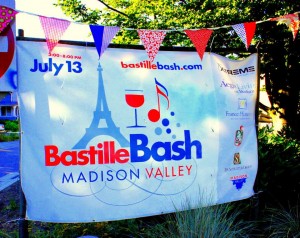 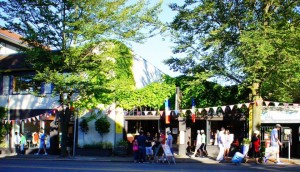 The Madison Valley Bastille Bash was such a fun and successful event!

French Truly had a booth of course and its wonderful helpers Fran Rice, Hildie Sheftel and Roma Call did a fantastic job. We had a raffle for free French groups and a spinning wheel with 8 different games. People loved it and had tons of fun while learning some very interesting facts about the French language and culture! 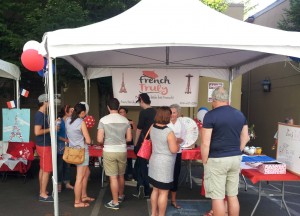 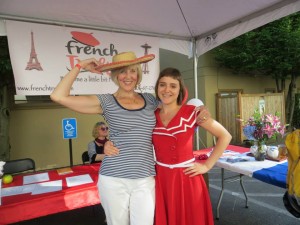 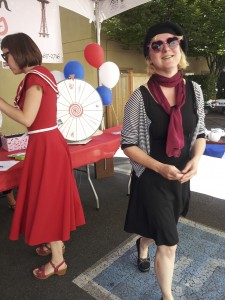 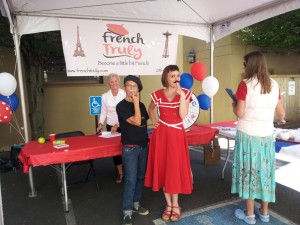 In the end, we packed it all up, including the balloons… and Thierry Rautureau (owner of LUC and Rover’s)! 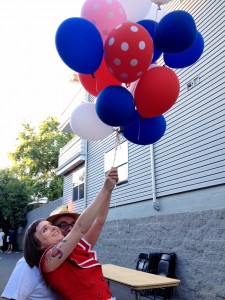