(“courtois” comes from “la court” because this new kind of love was only to be enjoyed by the upper class, the nobility, the court!)

And this is where it becomes even more interesting… not any kind of passion! A little far from today’s standards! 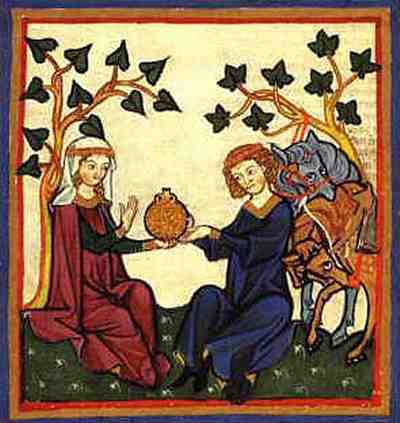 Condition 1: True love can only be experienced outside of marriage. Indeed, adultery became fashionable in twelfth century France.

Marriage was based on mutual obligation and therefore left no room for the required spontaneity of true love. Considering the fact that most marriages among the nobility and upper class were arranged by families in the sole interest of property and family alliances, this first condition makes a lot of sense! 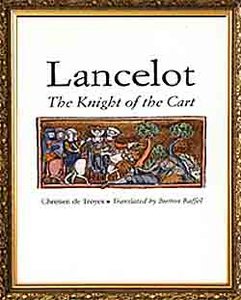 Condition 2: Ladies, I can already hear you cursing about unfaithful men… but wait! It’s not like that! In fact, it’s quite the opposite! Men were expected to be submissive to the all powerful Women. A man (usually a knight) was expected to fight for his Lady (usually above his station). He was to suffer for her, as a necessary proof of his love for her. He was completely devoted to her, he worshiped her. He was supposed to do only what would please her, know how to dance for her, know how to write in verse for her and so forth.

I am going to share two examples with you to illustrate this:

Have you ever heard of Chrétien de Troyes? Of course you have! He wrote “Lancelot the Knight of the Cart”, which is the ancestor of today’s  romance novels! It tells the love story of Queen Guinevere (King Arthur’s wife) & Sir Lancelot, who continually risked his life, resisted other ladies’ charms, followed every one of her commands because he promised to be Guinevere’s servant. 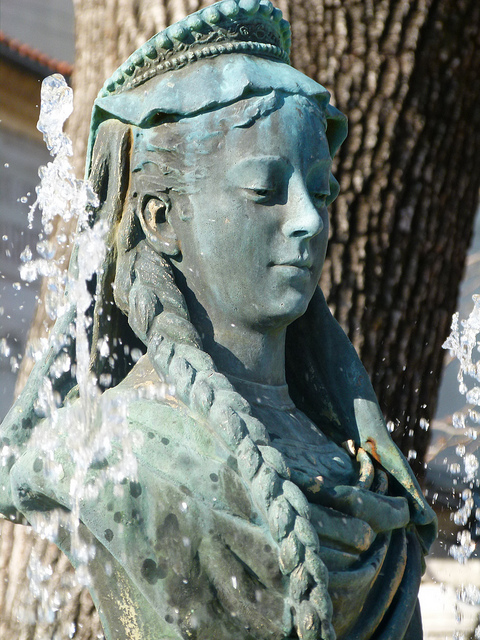 My good friend, so pleasing, so handsome,

When I hold you in my power,

Sleeping with you at night,

And give you a kiss of love,

Know that my great desire

Is to take you instead of my husband

But only if you will promise

To do everything according to my will.

Mmmh. Not bad. What do you think? I think I like it!