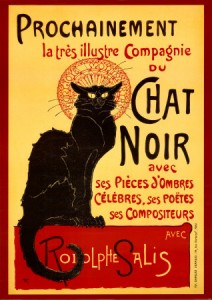 Like a lot of other fine things, Cabaret was born in France!

Who doesn’t know this poster? Well this is how it all started in 1881… In order to combine the enjoyment of art and alcohol, Rodolphe Salis decided to create the first modern cabaret: Le Chat Noir, in Montmartre. For the first time, a nightclub welcomed customers of all backgrounds who could sit at tables with alcoholic drinks and enjoy variety acts on a stage, introduced by a master of ceremonies.

Other major cabarets in Paris are:

And now, French Cabaret is coming to Seattle! 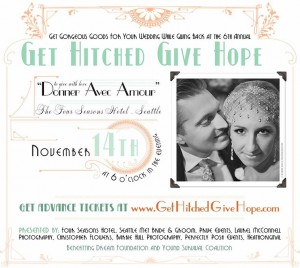 Get Hitched Give Hope are a bunch of fantastique people in the Seattle Wedding Industry who, six years ago, decided to raise money for a great cause! So come and get gorgeous goods for your wedding while giving back!

This year, the theme of the night is Art Deco France! GHGH therefore asked me a few months ago to join their team as their French Culture Consultant. 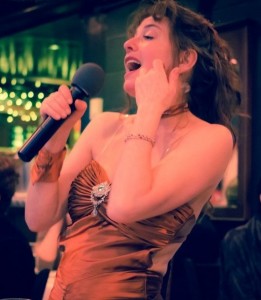 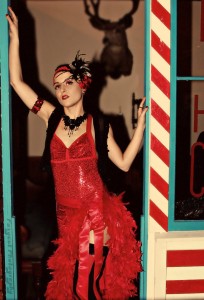 Not only am I super honored to support GHGH but on top of it all I get to sing French Cabaret songs with the magnifique “Rouge” throughout the evening!

If you would like to see more of us, we will also be singing together at the French restaurant Maximilien in downtown Seattle on November 21st. 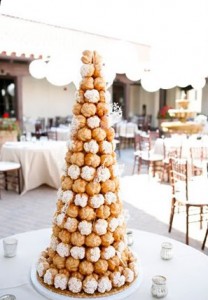 But let’s get back to our wedding theme… How do the French get married?

The croquembouche was invented in France in the 19th century and consists of choux pastry balls piled into a cone. They all stick together thanks to beaucoup de caramel!

You will most definitely see one of them at “Donner avec Amour” GHGH’s super swanky event at the Four Seasons on November 14th!

GHGH’s team is 100% volunteer based. All the money raised will go to: